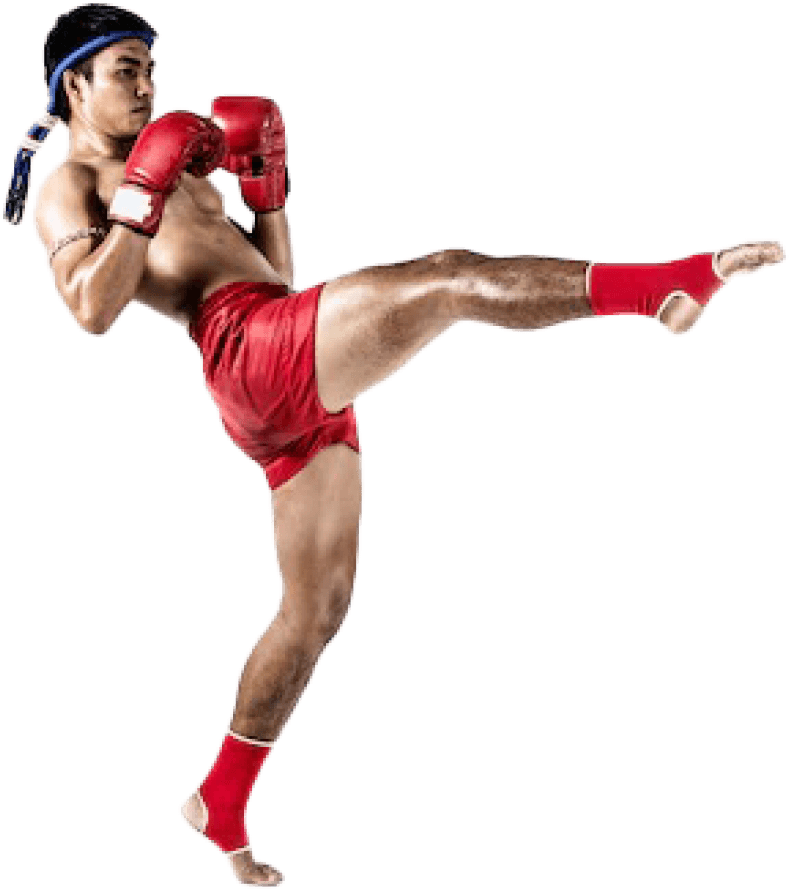 What is Muay Thai? Muay Thai is Thai boxing and the national sport of Thailand. It’s known as “The Art of Eight Limbs” because it incorporates punches, kicks, knees, and elbows.

At Champion Boxing & Fitness, you’ll learn the primary defense, striking and combinations that make Muay Thai one of the most versatile martial arts in the world. And we’ll do it in a controlled and safe environment that will boost your self-esteem like no other martial art can.

On our competitive Muay Thai team, you will get the opportunity to spar and compete on a regular basis! On your first day, you'll get to come in, we'll introduce you to Coach Mike and you'll get to hop right into practice. Don't worry though, you won't be taking elbow shots or sparring on your first day :). .

It doesn’t matter if you’re a serious martial artist or just getting started with Muay Thai, our team will give you everything you need to succeed.